Launched for the 2010 season, The Race 1.0b is a continuous status update from an F1 car.
Whenever the car is on the track, Mclaren.com switches to The Race 1.0b.

Using data pulses directly from the McLaren team cars and pit as the core content for the site. It was designed as a second screen enhancement for the live broadcast.
Fans can experience the race exactly like McLaren do.

Telemetric data was displayed in its most basic form every rev and every comment transcript was pushed out through this progressive website. 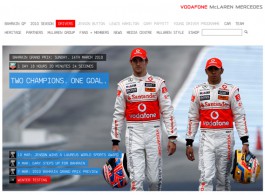 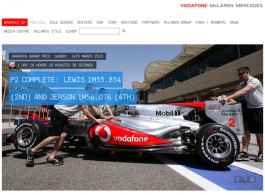 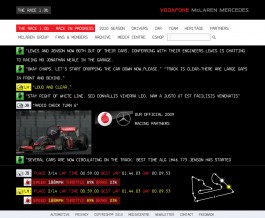